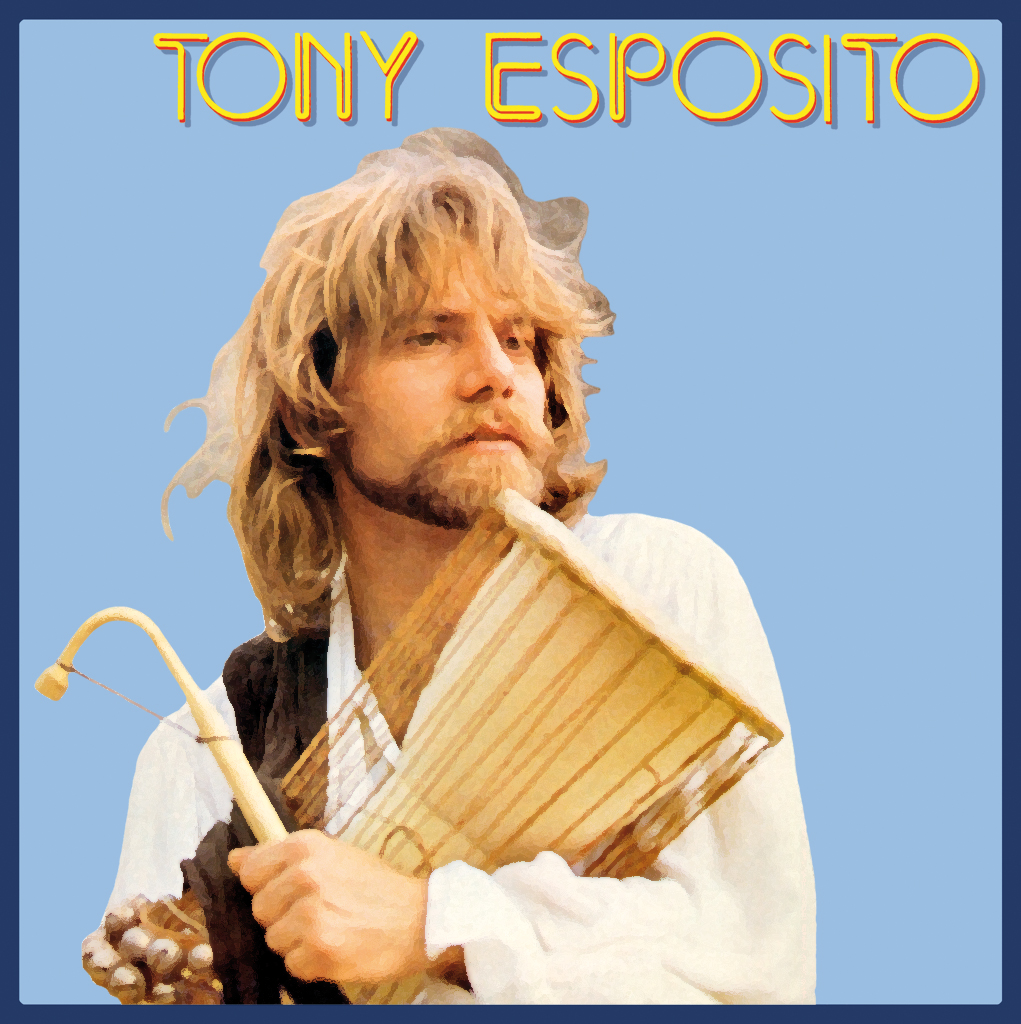 Tony Esposito (born 15 July 1950, Naples, Italy) is an Italian musician and drummer.
He is well known for his 1984 hit single "Kalimba de Luna" from his album "Il grande esploratore".
In 1987, his single "Papa Chico" was #1 in The Netherlands for 5 weeks.
His music is inspired by acoustics coming from several countries of the world, mixed with tribal rhythms and typical melodies of the Neapolitan music.
The originality of his musical approach is evident in the invention of unique instruments as the "Tamborder", onomatopoeic sound of one of his most famous pieces, Kalimba de Luna, of which Boney M. published an English cover of the same time.
In the 70s he worked with several Italian artists as Pino Daniele, Edoardo Bennato, Alan Sorrenti, Juan Lorenzo, Lucio Dalla, Francesco De Gregori, Gino Paoli, Roberto Vecchioni, Francesco Guccini, Eugenio Bennato, Claudio Rocchi, Mauro Pelosi.
With Tullio De Piscopo, James Senese, Joe Amoruso, Rino Zurzolo and Fabio Forte, he contributed to coin the term "Metropolitan Blues" or the so called "Napoli-power", a new genre of metropolitan blues/rock with funky-jazz and ethnic-world music.
He also collaborated with international artists such as Don Cherry, Paul Buckmaster, Don Moye, Gato Barbieri, Eumir Deodato, Brian Auger, Gilberto Gil, Eddie Blackwell, Billy Cobham, Moncada, Gema Quatro, Seydou Kienou, Naná Vasconcelos and others.
It is especially in the wise and contemporary melody of Franco Battiato, in the metropolitan rock aria of Edoardo Bennato, in the jazz-music of the double bass player Wayne Dockery, in the old-afro-melody of Gregg Brown (Osibisa) and in the able guitaristic solos of John Tropea that Tony Esposito finds the incitements that permit him to return to that unique sound that he created in the years of the Napolitean blond "king of percussion".